How to Draw the Nose 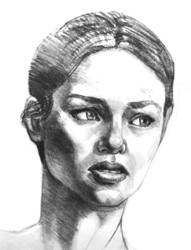 One of the most important features of the face. The nose seems like a simple lump on the face it is often overlooked. The nose is made of many subtle plane changes and structures. Let’s explore the drawing of this wonderful feature of the face.

Step 1 -Breaking Down the Nose into Simple Shapes

The Usual Suspects of Shapes
We will use the trapezoid, rectangle, circle, a “c” shape and a comma shape. We will use these to construct the nose.

Step 2 – Establishing the Major Parts of the Nose

We will start with a center line. Then we will stack the trapezoid, rectangle, circle and another trapezoid. These represent the Glabella, Bridge of the Nose, Ball of the Nose, and Septum.

Step 3 – The Ball of the Nose is a Rounded Cone

Step 4 – Putting in the Nostrils and Wings of the Nose

The nostrils are sometimes drawn as a circles, but this will give your nose a porky pig look. The nostrils are actually closer to “comma” shapes than circles. We will add two commas to either side of the septum and add our “c” shapes to finish drawing the nose. 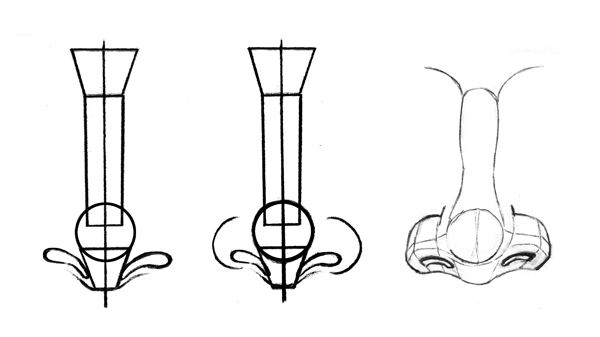 vide How to draw the nose

3 thoughts on “How to Draw a Nose”